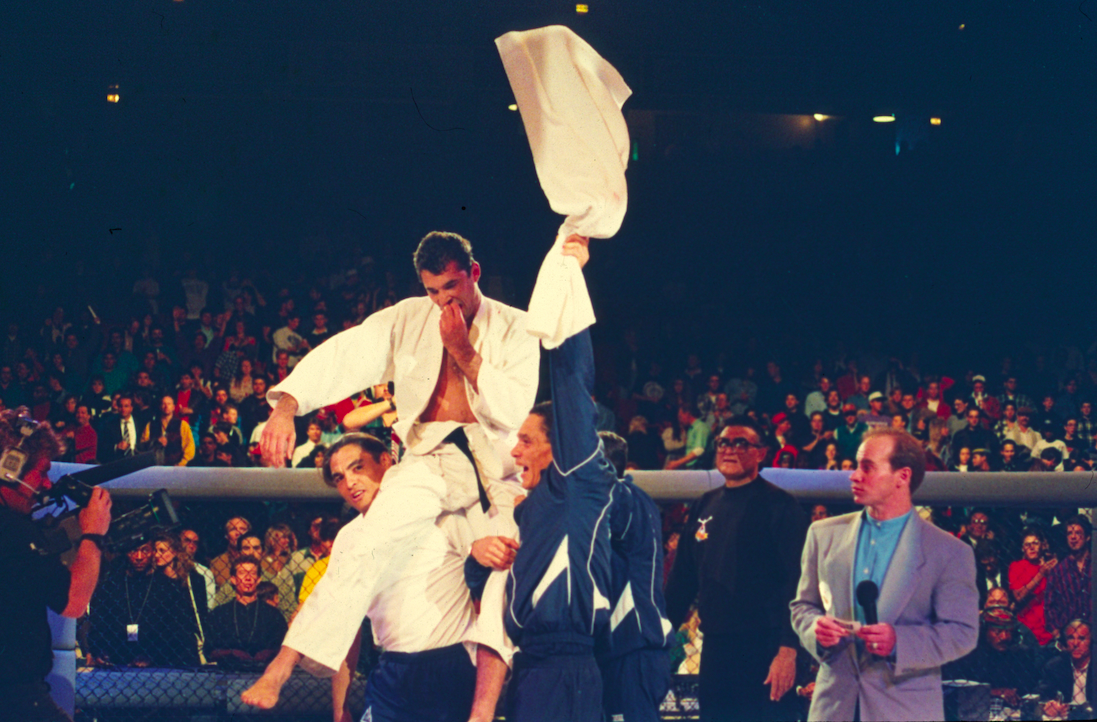 UFC is one of the biggest brands in the world. MMA is one of the most popular and fastest rising sports on the planet with UFC being the big daddy of them all. How did this giant come to reality. What was its origins? Well UFC has a unique origins story that is set to be documented in the UFC 1: Origins.

The trailer just released for the film. Find out how it all came to reality, before Dana White was running the show. The documentary comes to you from the producers who brought you The Last Dance. This is coming from some proven individuals. Find the trailer below.

The trailer looks great. It promises to be exciting and features interviews from some notable MMA legends like Ken Shamrock. UFC 1 took place in 1993 and in a way it seems ages ago, in terms of it becoming mainstream and popularized. On the other hand 1993 is less than 30 years since the birth of a sport that has skyrocketed in the sports landscape. I can’t wait to see what this documentary will deliver.

Available on VOD on October 16th

Buy Your Tickets for the Live Premiere Event at ufc1doc.com!