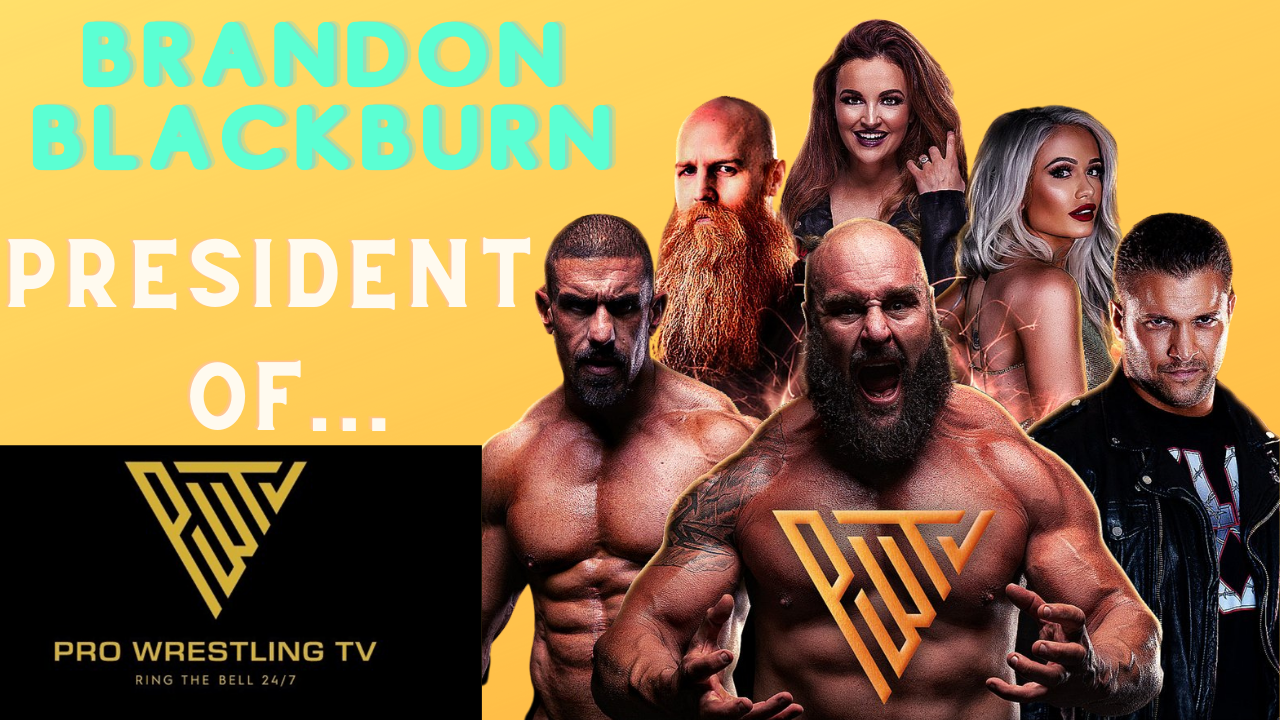 Pro Wrestling TV is a wrestling fans kinda network. The man behind the new groundbreaking network is Brandon Blackburn, who is the president of the network. Fans can explore tons of free content on PWTV and see original programming featuring their favorite wrestlers.

I spoke to Brandon Blackburn about Pro Wrestling TV. How he started it? Why he started it? Partnering with Control Your Narrative and other featured wrestling companies. What’s planned for the network in the coming months? Plus, much more. Find out all you need to know about this groundbreaking new network.

Wrestlemania weekend is the biggest weekend in wrestling. Several promotions come out with some spectacular shows. This year a big show that was making waves was Control Your Narrative. A new promotion with some top-tier talent.

So when I got word that CYN would be partnering up with Pro Wrestling TV that was something that peaked my and many wrestling fans interest. I was given the opportunity to speak to Brandon and I was super interested in speaking to him. As you’ve seen in the interview, PWTV is an online TV network (also available on platforms such as Roku). What’s cool about it is that it has 24/7 content. It’s not only wrestling shows, but original content with some big name wrestlers.

It’s easy to get immersed in it. The best part is the free content. All you have to do is provide some basic information and email and you get access to all the content on the network. Brandon spoke about following the Tubi model. Sure you’ll get some ads, but still don’t have to pay for content, which doesn’t leave much room to complain.

Brandon spoke on several topics and I feel he answered many pressing questions about the network and it’s content. If this didn’t give you a clear idea of what it is and what to expect then I don’t know what will?

He seemed like a cool guy. It was pretty awesome how he met Adam Scherr and how they connected and basically formed a partnership from it. Now we know how the connection was made.

I’m looking forward to seeing the evolution Pro Wrestling TV and the untapped potential of creative content it can deliver. I think it’s pretty cool that promoters like Tony Khan are allowing his talent to appear on PWTV. No excuse not to check it out, it’s FREE after all.