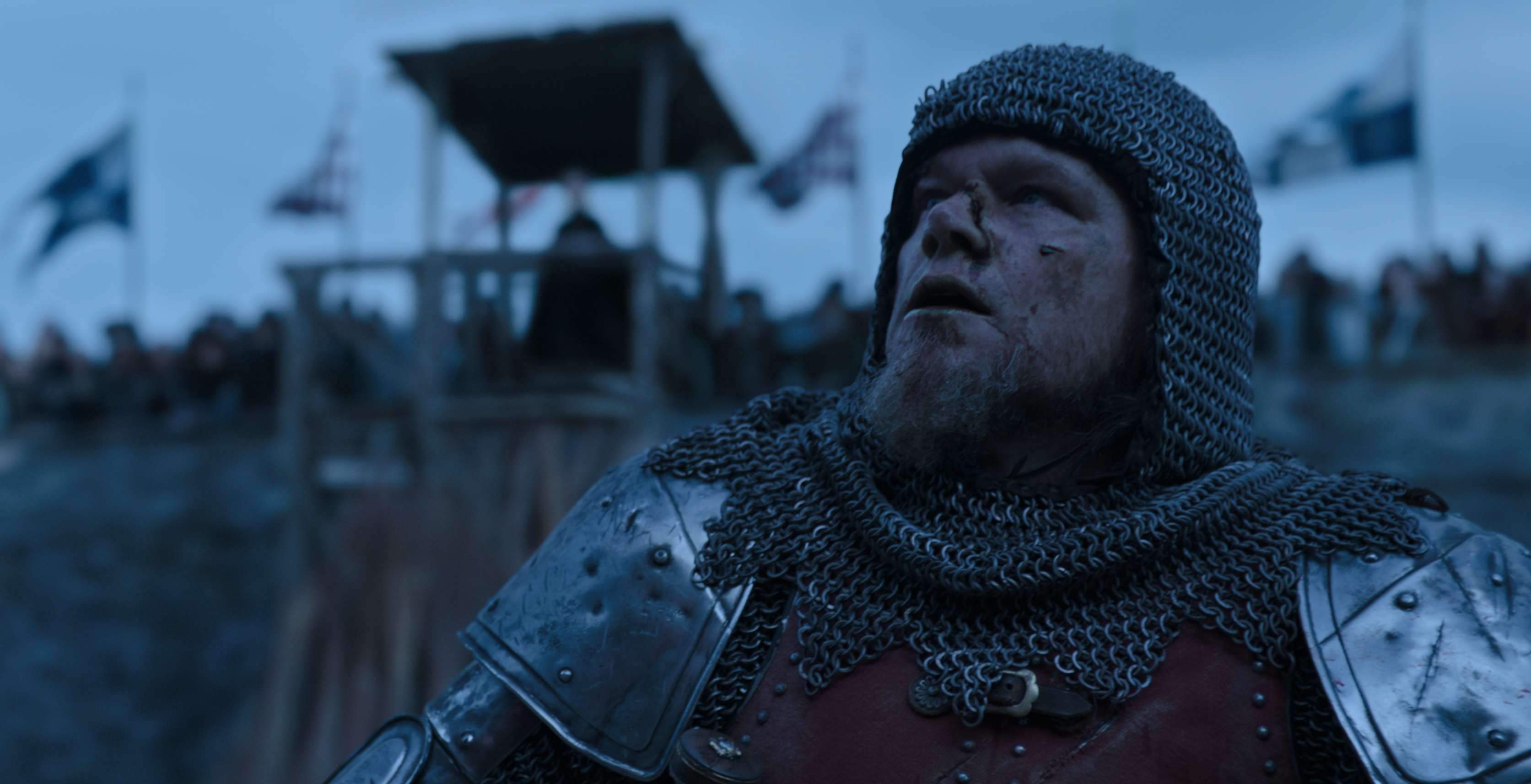 It’s been a while since we’ve seen the powerhouse pairing of “Damfleck” Matt Damon and Ben Affleck sharing the screen together. The Boston besties are coming together for an epic medieval flick, The Last Duel.

“The Last Duel” is based on Eric Jager’s book The Last Duel: A True Story of Crime, Scandal, and Trial by Combat in Medieval France, which brings the turbulent Middle Ages to life in striking detail. When etiquette, social aspirations and justice were driven by the codes of chivalry, the consequences for defying the institutions of the time – the Church, the nobility at court, a teenage king – could be severe. For a woman navigating these violent times, one who had no legal standing without the support of her husband, the stakes were even higher.

This looked epic. I hate to use the word “epic” since it’s so cliche, but it really is grand. The cast is big time. Affleck and Damon add as much star power as you can hope for, not to mention Adam Driver, but it’s Jodie Comer’s character who seems to be the main focus of the film. I like that actually.

It’s Ridley Scott, so you know you’re in for a ton of large scale battles and some visual wizardry. I’m usually not a huge fan of the medieval sort of films, but I’ll be definitely seeing this one. The trailer is as good as it can be. Dramatic. Intense. Gives you a solid preview without giving away any major spoilers. Oh, and the score in the trailer was fantastic and very fitting with what the story promises to be. This is going to be a huge movie, no doubt. Great trailer.