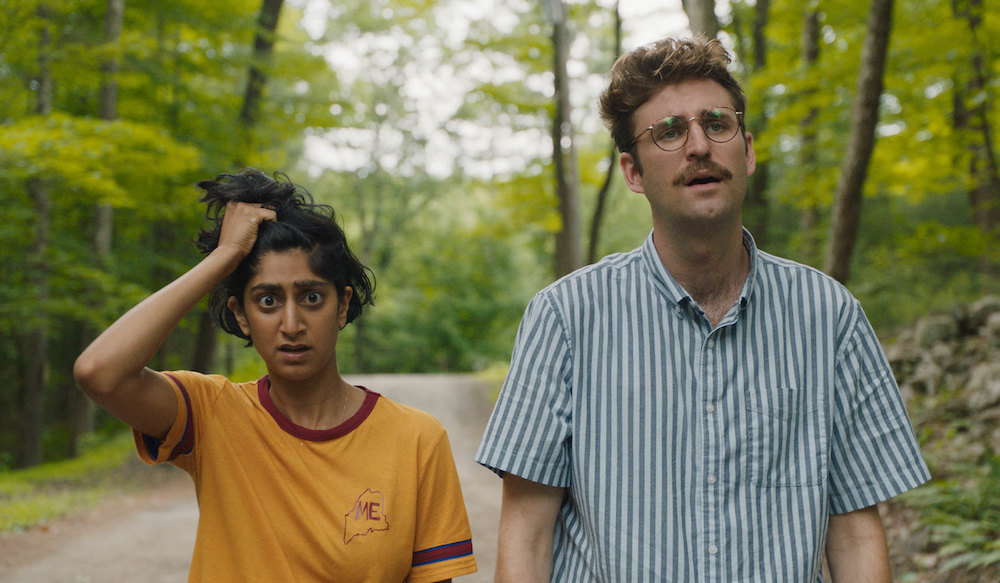 One of the great fun mysteries of film has always been the open-ending. Where the movie abruptly leaves you hanging. No explanation. No answers. No clear finality. I live for these sort of movies.

All-time great filmmakers such as Stanley Kubrick and Christopher Nolan have perfected the art of the open-ending. My personal favorite movies of that genre would be The Prestige. Masterful ending.

Leave it to legendary film critic Leonard Maltin to tackle the big open ended question. Maltin, who serves as an advisor for Legion M (a fan operated entertainment company), which recently released the alien themed film Save Yourselves!

The following is Maltin’s piece that he wrote on the open ended film debate:

Some moviegoers feel cheated when the last scene of a film doesn’t offer them a conclusive ending. Others are intrigued and enjoy debating the meaning of the finale. Filmmakers as varied as Stanley Kubrick, Paul Thomas Anderson, and the Coen Brothers seem to enjoy teasing the audience, piquing their curiosity and giving them just enough clues to decide for themselves which way the characters may be heading.

A humorous spin on a doomsday scenario attracted the attention of Legion M and its constituency at this year’s pre-pandemic Sundance Film Festival. Their Film Scout app yielded 120,000 votes for the darkly funny Save Yourselves! From Bleecker Street Films, the story of two Brooklyn hipsters who drive upstate and go offline just as aliens are invading our planet. It’s a sly, clever film that doesn’t nail its story shut… and that seems to have particular appeal to diehard fans.

Kubrick’s 2001: A Space Odyssey has been puzzling viewers for half a century. What is the significance of the monolith? Who are those ape-like creatures? Why does the astronaut age so rapidly? Not surprisingly, this milestone movie is a favorite of writer-director Christopher Nolan, who is fond of spinning complex webs of his own. Celebrated science-fiction writer Arthur C. Clarke, who worked with Kubrick on the screenplay (and authored the novel of the same name) was quoted as saying, “If you understand 2001 completely, we failed. We wanted to raise far more questions than we answered.”

This kind of provocative storytelling isn’t limited to the worlds of science-fiction and fantasy. No one who’s ever seen The Graduate could forget the closing shot. Benjamin (Dustin Hoffman) has just abducted Elaine (Katharine Ross) from her own wedding. They hop on a bus and sit in the last row of seats, exultant but exhausted. Director Mike Nichols keeps the camera on the two of them as they ponder their future, never looking in each other’s eyes. As we watch the two of them we’re probably thinking the same thing they are: What’s next?

To have done anything else would have made The Graduate more ordinary, and definitely less memorable. It’s that step into the unknown that gives the ending its piquancy. You can discuss the scene and its potential aftermath with your friends all night and never come to a definitive answer.

Sometimes, a story’s denouement isn’t so much ambiguous as open-ended. No Country for Old Men is a prime example. There isn’t any doubt of what the deadly character played by Javier Bardem is going to do next; we just won’t be around to watch. Likewise Mickey Rourke’s title character in The Wrestler, who has sealed his fate by refusing to quit the ring. We know what’s coming next and so does he.

Gifted storytellers understand that sometimes what they don’t show or say can be more compelling than anything they can devise. We’ll never know what Bill Murray whispers in Scarlett Johansson’s ear at the end of Sofia Coppola’s Lost in Translation, but it doesn’t really matter. We understand that they have developed a strong connection and we’re not privy to every detail about it. Show me a line of dialogue that would have stirred the same level of interest as that understated moment.

There are a number of films that challenge us to decide whether or not a last-minute revelation means that everything preceding that moment is a dream. No one has played more with this and other narrative conventions more than Christopher Nolan. His little-seen debut feature Following is a clever concoction built on a foundation of non-linear storytelling. A few years later he arrived on the scene with Memento, which told its sinuous story backwards and still had a surprise in store at the end. Since then he has repeatedly challenged audiences with brain-teaser intricacy in The Prestige and Inception.

In some instances, what may seem like indefinite conclusions are a combination of dreams, metaphors, and poetry. When I think of Sean Baker’s The Florida Project and its fantastic final minutes I don’t believe the director was trying to hoodwink us or undo everything he carefully built up with his young star Brooklynn Prince. I see it as a projection of her vivid imagination.

On the other hand, I believe the looming threat posed in the last scene of Jeff Nichols’ arresting drama Take Shelter is quite literal, even if it has greater meaning as a metaphor. You can read that as a filmmaker having his cake and eating it, too, or just be grateful for a challenging story that builds to what Humphrey Bogart calls “a wow finish” in Casablanca.

I decided to ask some colleagues their thoughts. Alonso Duralde, the prolific podcaster and critic who writes for The Wrap, considers Francois Truffaut’s landmark film The 400 Blows the definitive example of an ambiguous ending because its young hero, Antoine Doinel, has reached a genuine dead end and looks directly at the camera, daring us to tell him what to do and where to go next.

He also cites Charlie Kaufman’s Synecdoche, New York as a key example. “It’s really the only kind of ending that movie could have, given that it is both  literally and figuratively a series of puzzle boxes. We’re left to wonder if we’re seeing the death of a person or the death of a character playing the person.” Kaufman’s more recent but equally daunting I’m Thinking of Ending It All takes a page from the same playbook. “How you interpret the ending has a lot to do with how you interpret everything else that led up to it,” Alonso says.

Claudia Puig, the president of the Los Angeles Film Critics Association, says, “It’s refreshing to see a movie that doesn’t spell everything out. Life is messy and unclear; things don’t end in a neat way. You find yourself thinking about [films like that] for a long time… years, even.” As if to prove her point she mentioned two obscure movies that hadn’t crossed my mind in ages… yet the moment she brought them up I remembered them clearly: John Sayles’ enigmatic drama Limbo, with David Strathairn, set in Alaska, and Don McKellar’s Last Night, with Sandra Oh and Sarah Polley, about the way various characters deal with the world coming to an end. Both films are from the late 1990s, yet their inconclusive endings remain with me still, while other more conventional pictures have faded from my memory.

“They have this lingering fascination,” Claudia maintains. “They cast a spell over you.”

Not everyone would agree. I’ve been at screenings where members of the audience have audibly expressed their annoyance with films that leave them hanging. But for many intrepid film aficionados, pictures like Drive, Doubt, Insomnia, and Eternal Sunshine of the Spotless Mind that don’t wrap up their story threads in a neat little package have a particular appeal. Let’s call it “staying power.”

Legion M is counting on that appeal as Save Yourselves! plays out online. They’ve even designed face masks so fans can safely watch the film together. After all, this is a community of people who love coming together to share a mutual love of entertainment…even if the ending is open to interpretation.