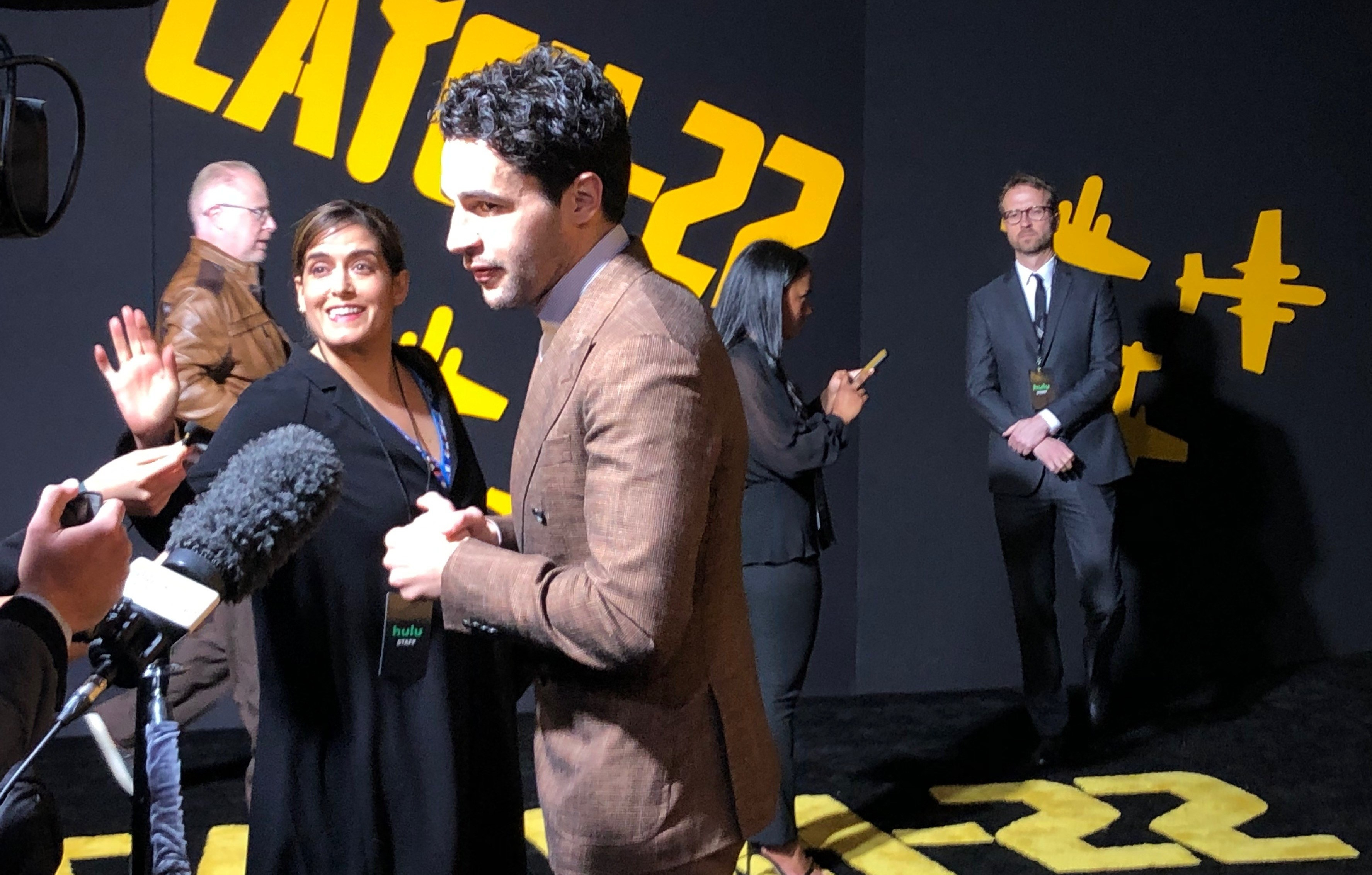 George Clooney is going back in history again. This time Clooney is executive producer, director and start of the new Hulu series Catch-22 (releasing on May 17 on Hulu). Reel Talker was on hand for the Los Angeles premiere of event to speak to the stars of the film as they walked the red carpet.

This was a huge black carpet (fitting into the yellow and black colors and theme of the show) that extended nearly the entire Hollywood and Highland block (for those of you familiar with LA). The event was held at the famous TLC Chinese Theater, needless to say, it was a big event.

Clooney’s star power is mesmerizing. You just felt it. Dozens of people lined up across the street to get a glimpse of the megastar. They chanted his name for the duration of the red carpet.

The stars showed up, including Clooney pal Matt Damon. George was there also. It was a big turnout, majority if not all of the featured cast were there. I enjoyed speaking to the guys, who all seemed to have developed a strong brotherhood with each other. They really seemed to develop genuine bonds with another, as evidenced by their interactions. You saw it in the video during my interview with Graham.

Julie Ann Emory was a lot of fun to talk to. She plays Clooney’s wife in the film. She was humble and forthcoming about her experience in this production. She shared about how real the set felt and the interesting tidbit on the actual real fighter planes they used. Julie also talked about spending her time and enjoying herself in Italy. Everyone seemed to have had a great time filming in Italy.

This was a legitimate Hollywood premiere. Felt big. Lots of international media was present. I felt fortunate to be part of it. I’m very intrigued about the show and can’t wait to see it. If it’s as fun and entertaining as the cast talked about their experience filming, then it’s gonna be a must-see.